During my time on active duty, I was often asked how long I would stay in the Army.  Most people wanted to know if I was going to make the Army a career. My answer was always the same,  “I take one assignment at a time.” My answer always conveyed the thought “I would stay in the Army for as long as the Army allows.” However, there was a seconded part to my answer. I would state with all confidence when the time comes for me to leave the Army, God would make it known, and I would leave willingly. I would say “I am a minister, I will do ministry anywhere. If that means doing ministry in the Army or the civilian then I will be happy.” During those times I sounded pious and obedient to God’s leading and will. I presented myself as someone who has so surrender to God’s will that no matter the circumstance or the direction I would faithfully follow without question or complaint. It sounded great, made me feel spiritual, and allowed me to mask that I was only willing to follow God as long as He leads me in the direction I want to go. The truth behind my grand statements was “I am willing only if God opens a senior pastor position in a large church. “If God meets my demand then I will freely 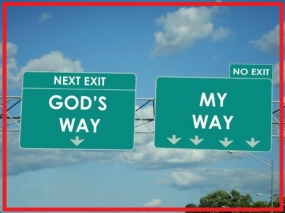 leave the Army and follow His leading.” What I said outwardly was “I would follow the leading of God in my life,” but inwardly I meant “I would follow the leading of God as long as He led me down the path I wanted.” As often the case, God is not bound by my desires or the direction I want to take. He is sovereign, and he leads as He chooses. The only response God expects from me is to be obedient to his leading and to follow as He directs. I do not have a license to decide to follow God’s leading or choose not to follow. It is merely my responsibility to be faithful in my obedience to him.

I left the Army bitter, angry, and resentful

Five years ago I left the Army on a medical retirement due to my severe PTSD. I did not go quietly; I was not leaving with an attitude of obedience to the clear leading of God. Even though I spent 16-years declaring when the time came, I would happily go and transition to civilian ministry. Nevertheless, I left the Army bitter, angry, and resentful. I was not bitter towards the Army; I was not upset with the Army for medically retiring me. However, I was resentful towards God for taking away my career and “my” calling. I was resentful that His leading was not matching up with my expectations. He did not lead me out of the Army the way I was anticipating. No senior pastor positions were waiting for me the day I retired. There were no ministry opportunities available to walk into the following day. No phone calls were made asking me to travel to churches to preach and share my story. The day I walked out of the personnel center at Ft. Sam Houston, the only things I had ministry wise was my PTSD, my resentment towards God, and ultimately more hospital stays, treatment programs, and counseling. This direction was not how I expected God to lead. Instead of leaving the Army with excitement and a spirit of obedience, I left angry, feeling betrayed, and furious not towards the Army but toward God. How Could God takes away my career and ministry I loved? How could He lead me out of the Army when I only had 4-years before I reached my 20-year mark? How could God remove me from the Army and the Chaplain ministry and leave me with no pastoral or ministry position to take its place?

I’m making a mess of everything.

Just recently I have come to the realization I was not living in obedience to God’s leading; I was living in resentment and sin. I was not submitting to the Lordship of Jesus Christ.  I was seeking my way, my direction, and my desires. I was trying to make my path with my own ministry opportunities. Yet, when the results were not what I expected, I responded with more resentment towards God. I came to the point of saying to others, and myself “I am finished with the ministry, I enjoyed it while it lasted, but now it’s over.” The reality is God has not withdrawn His calling on my life. I have, however, attempted to control God and His leading and to be honest; I’m making a mess of everything.

2 thoughts on “THE STRUGGLE OF OBEDIENCE – PART 1”

While serving in Iraq in 2007 as an Army chaplain, I found myself facing the greatest spiritual and emotional crisis of my life. I was faced with the harsh reality of war and found myself unable to emotionally or spiritually cope with this reality. I found myself questioning my belief in God, my faith and myself as a chaplain, a Soldier and as a man. This blog recounts my struggle towards recovery and how God has led me to the calming of my storm. It is my prayer that my story may somehow touch others, so they too may experience God's healing and experience the calming of their storms. 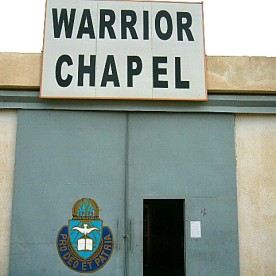 Memorial Wall for the Troopers of the 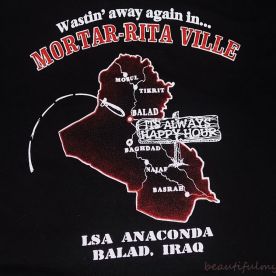 My first deployment to Iraq 2004 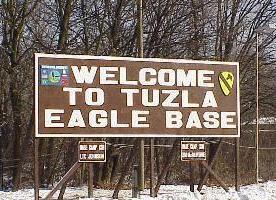 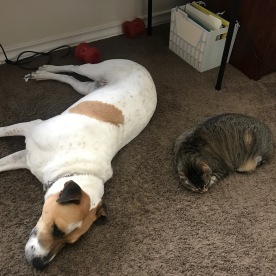 Delrin and the Angry Cat 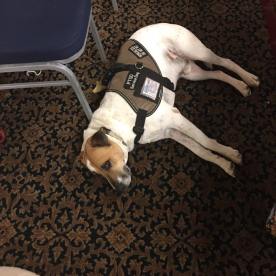 my Booth at the Houston Train Show

Natasha the Cat and Gracie the Bird